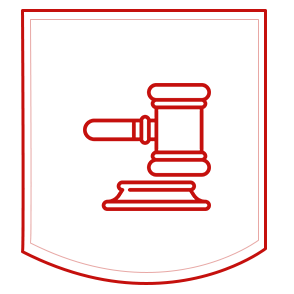 Should you face a misdemeanor charge, your first thought might be to get it over and done with as quickly as possible, to avoid embarrassment. The sooner you plead and go through the court system, you think, the better off you will be. However, the reality is the court system will take full advantage of anyone without an attorney or knowledge of the charges. It doesn't matter if you're being charged with a traffic offense, an alcohol-related misdemeanor, an assault or property charge, or another crime; you should never try to handle a criminal case on your own. At Wilson, Lackey, Rohr & Hall, P.C., we will protect your rights and defend you from criminal charges.

What is a Misdemeanor?

Criminal charges are usually split into two categories: felony and misdemeanor. A felony conviction is usually severe and can bring more jail time, higher fines, and a longer, more complicated judicial process. This may be why so many people assume they don't need an attorney for a misdemeanor. But even a misdemeanor can cause significant problems for you, both now and later in life.

What a Misdemeanor Can Do To You

Even if it is "just a misdemeanor,” having a criminal record can affect your life in many ways. For example, if a potential employer looks at your criminal background, they will find out you have a criminal conviction on your record. They may ask you about your record early on in the hiring process. If so, you should do your best to explain the situation. If you try to hide the information and they pull your record, you will not only have a criminal conviction but you'll be caught in a deception. Either way, you may not land a job because of this misdemeanor.

If it is a traffic-related misdemeanor, your insurance provider will almost certainly find out. Insurance companies regularly check driving histories. Your rates will probably go up. How much is a matter of your prior history and the seriousness of the new conviction.

Having a criminal record may even prevent you from finding a place to live or securing a loan. In short, you need an attorney on your side to defend your rights, either to minimize the damage or defeat the charges entirely.

Why You Shouldn't Go It Alone

The court system often stacks misdemeanors in single days with hundreds of other cases, to try to resolve them as easily and quickly as it can. Knowing this, many people represent themselves in front of the judge, figuring they will save the cost of an attorney. This usually costs them more in the long run.

If someone thinks or believes they have committed the crime they are accused of, they might make the mistake of simly pleading guilty to the charges. This could be an enormous mistake. At that point, they will not be in a position to try to bargain down the fine or avoid jail. The state may levy the harshest punishment possible. They might pay a larger fine, have more court costs, or do time, up to 150 days in jail. This could cost them even more money or cause additional problems: loss of time at work, loss of job, or problems in other cases, such as child custody. In the end, by attempting to save money by not hiring an attorney, they often end up spending significantly more on all the fees, fines, court costs, and jail time.

If you turn to our team here at Wilson, Lackey, Rohr & Hall, P.C., we will defend you to the fullest. We will go over the charges and argue on your behalf. With one of our attorneys in your corner, you will not only likely see a significant decline in any possible fines or costs, it is possible the misdemeanor charges will be dismissed entirely. And if necessary, your attorney will be prepared to try your case to the judge, force the prosecutor to try to prove the charge, and try to get you found not guilty.

Sometimes a law enforcement officer will write a citation without having the evidence or law to back it up. They may have illegally stopped your vehicle. They might have not filled the citation or warrant for arrest out properly. Or they may think you did something wrong when you are entirely innocent. They may find out later on that they cannot prove their case against you. There are other times, even when a case is strong for the state, where someone with little or no criminal history can have the charges dropped in favor of some community service.

If you have been arrested or charged with a misdemeanor, you need to act fast. The law firm of Wilson, Lackey, Rohr & Hall, P.C. is here to help you with all of your legal needs, no matter what kind of misdemeanor you're being charged with. Call us today.